News story
Western Australia’s defence industry received a significant boost with the announcement of $4.3 billion to build a new dry dock at the Australian Marine Complex (AMC) in Henderson. 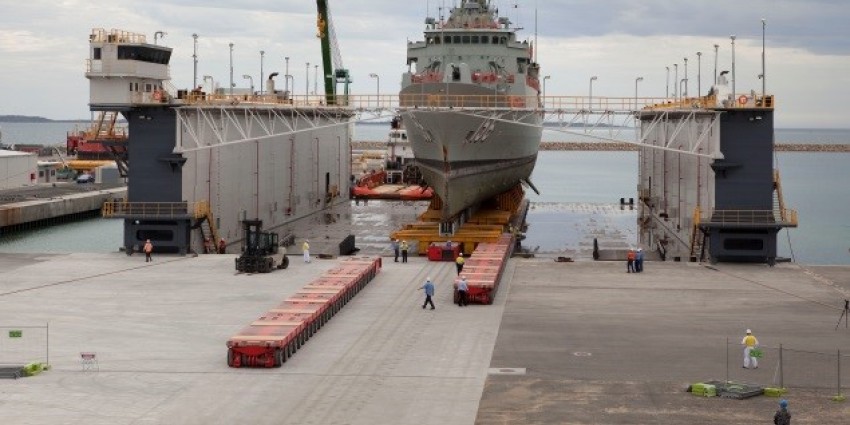 The Australian Government’s investment in the state will create 500 jobs during the dry dock's construction peak and thousands more through local sub-contracts and the national supply chain. Once completed, an additional 2,000 direct jobs will come online.

Currently there is only one dry dock in Australia, the Captain Cook Graving Dock in Sydney, which has been in operation since World War II and will require substantial maintenance work in the near future.

Western Australia’s AMC at Henderson is recognised for its world-class shipbuilding capabilities and the new dry dock will ensure the State can build and sustain larger vessels (over 20,000 tonnes) to support Australia’s naval capability.

The dry dock facility will be built in conjunction with Australian Naval Infrastructure, who have experience building facilities at the Osborne Shipyard, and in close consultation with the WA Government.

Work is set to start in 2023 and commence operations in 2028. With a potential lifespan of more than 100 years, this new infrastructure will provide ongoing employment and significant economic benefits for the State.

Western Australia is the nation’s frontline for defence in the Indo-Pacific region and this infrastructure investment will ensure the State continues to play a critical role in the National Interest and defence of Australia.