Media release
Horticulture and grain growers battling the emerging pest fall armyworm have been assured that extensive testing has confirmed no further genetic resistance to pesticides – other than Group 1 resistance identified in 2020. 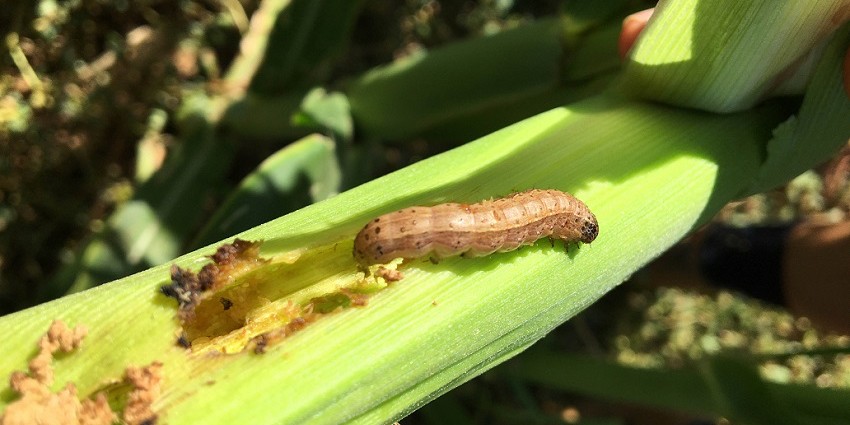 Horticulture and grain growers battling the emerging pest fall armyworm have been assured that extensive testing has confirmed no further genetic resistance to pesticides – other than Group 1 resistance identified in 2020.

A total of 158 samples were collected from maize crops in the Ord River Irrigation Area and Broome and tested by research scientist Duong Nguyen at NSWDPI’s Elizabeth Macarthur Agricultural Institute.

“The research found there were no known resistance genes to the Group 2B, Group 3A, Group 4A, Group 5, Group 6 or Group 28 pesticides detected in the samples,” Dr Spafford said.

“The samples did show resistant genes to Group 1A/1B pesticides, confirming what was discovered in research in 2020.

“One hundred per cent of larvae tested had at least one copy of the mutant gene, while 68 per cent had two copies, suggesting a lower mortality of fall armyworm after Group 1A/1B applications.

“So the advice is to avoid using Group 1A/1B treatments and to judiciously rotate the use of other groups of pesticides to maintain the longevity of control options and avoid future resistance developing.

Additional research by NSWDPI senior research scientist Lisa Bird has revealed some reduced sensitivity in fall armyworm to several groups of insecticides, which means applications may not be as effective as expected.

“The testing supports the reports from growers, who have experienced reduced efficacy of some pesticides,” Dr Spafford said.

“Reduced efficacy of an insecticide application can be due to a variety of factors, including genetic resistance and other processes within the insect.

“It can also be due to reduced exposure of the pest to the pesticide, which has a lot to do with how the pesticide is applied, as well as the behaviour of the insect.”

Further and continued study on the fall armyworm populations in Western Australia is necessary to ensure that we have the most up-to-date understanding of pesticide susceptibilities.

DPIRD will continue to work with NSWDPI and other scientific organisations to better understand the pattern of genetic resistance and sensitivities in Western Australia.

ORDCO senior agronomist Penny Goldsmith said while the findings were encouraging it was important for growers to maintain a strong and strategic integrated pest management regime.

“It is still early days and we’ve got so much to learn about fall armyworm and how to best manage it and protect our crops,” she said.

“It is important we all work together to pool our observations, experiences and learnings about this pest so we can optimise production and minimise control costs to get to a better bottom line.”