Mobile point to point safety cameras on the move in WA 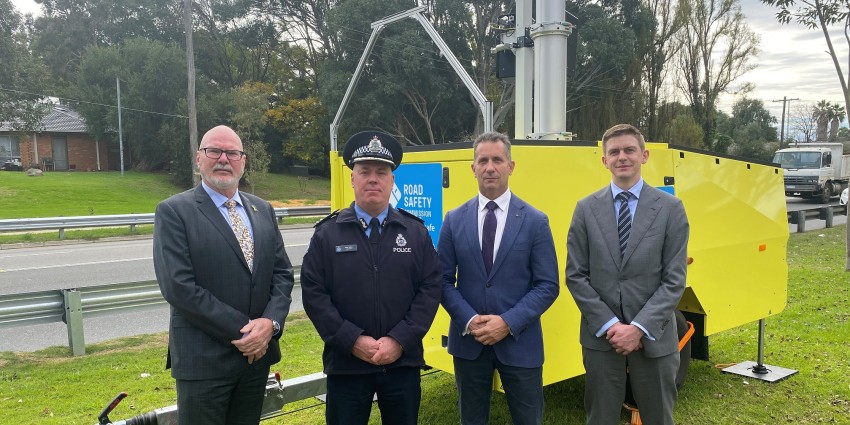 The six cameras, which work in pairs to detect average speed as well as spot speed, also use the latest artificial intelligence to identify other high-risk behaviours, including using a mobile phone while driving, and not wearing a seatbelt.

Completely mobile and with the flexibility to be operated and monitored 24/7, the cameras will be trialled on a variety of roads in the metropolitan, Wheatbelt, Mid-West, South-West and Great Southern regions.

No infringements will be issued during the trial, with the Road Safety Commission focused on collecting information about the suitability of the cameras on WA roads, and whether they are likely to improve driver behaviour and road safety outcomes.

Similar smart technology created by Acusensus, the Australian company appointed to supply and monitor the safety cameras throughout the trial, has already saved lives in New South Wales and Queensland.

Mr Papalia highlighted speed, inattention and not wearing a seatbelt as key contributors to trauma on Western Australian roads and described the cameras, with their ability to detect all three in an Australian first, as the Swiss Army knife of road safety cameras.

The $1.5 million trial is funded through the Road Trauma Trust Account, which sees 100 per cent of red light and speed camera infringements allocated to projects and programs which reduce injuries and deaths on WA roads. 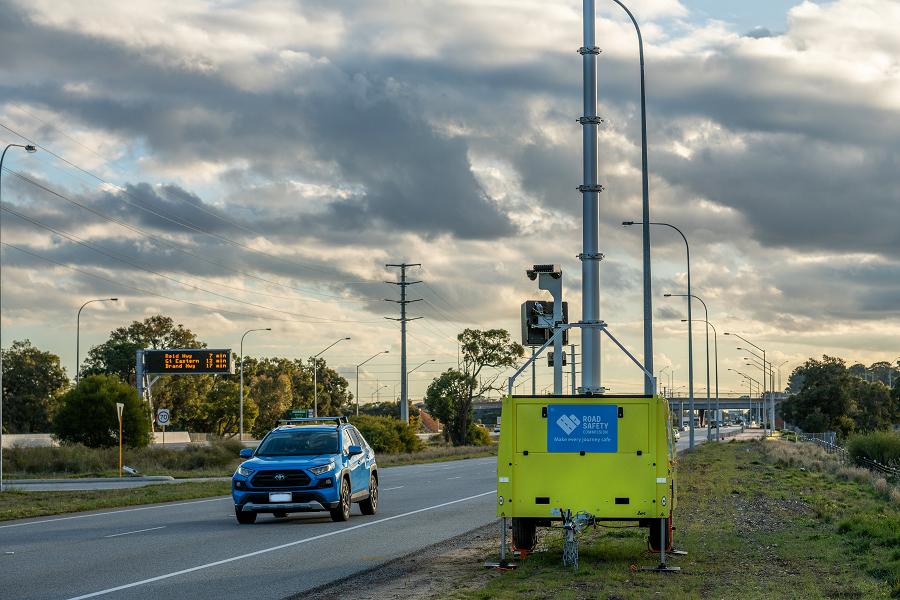 - Image 2: One of the mobile safety cameras being trialled on Gnangara Road.