How Western Australia commemorated the end of the Centenary of Anzac 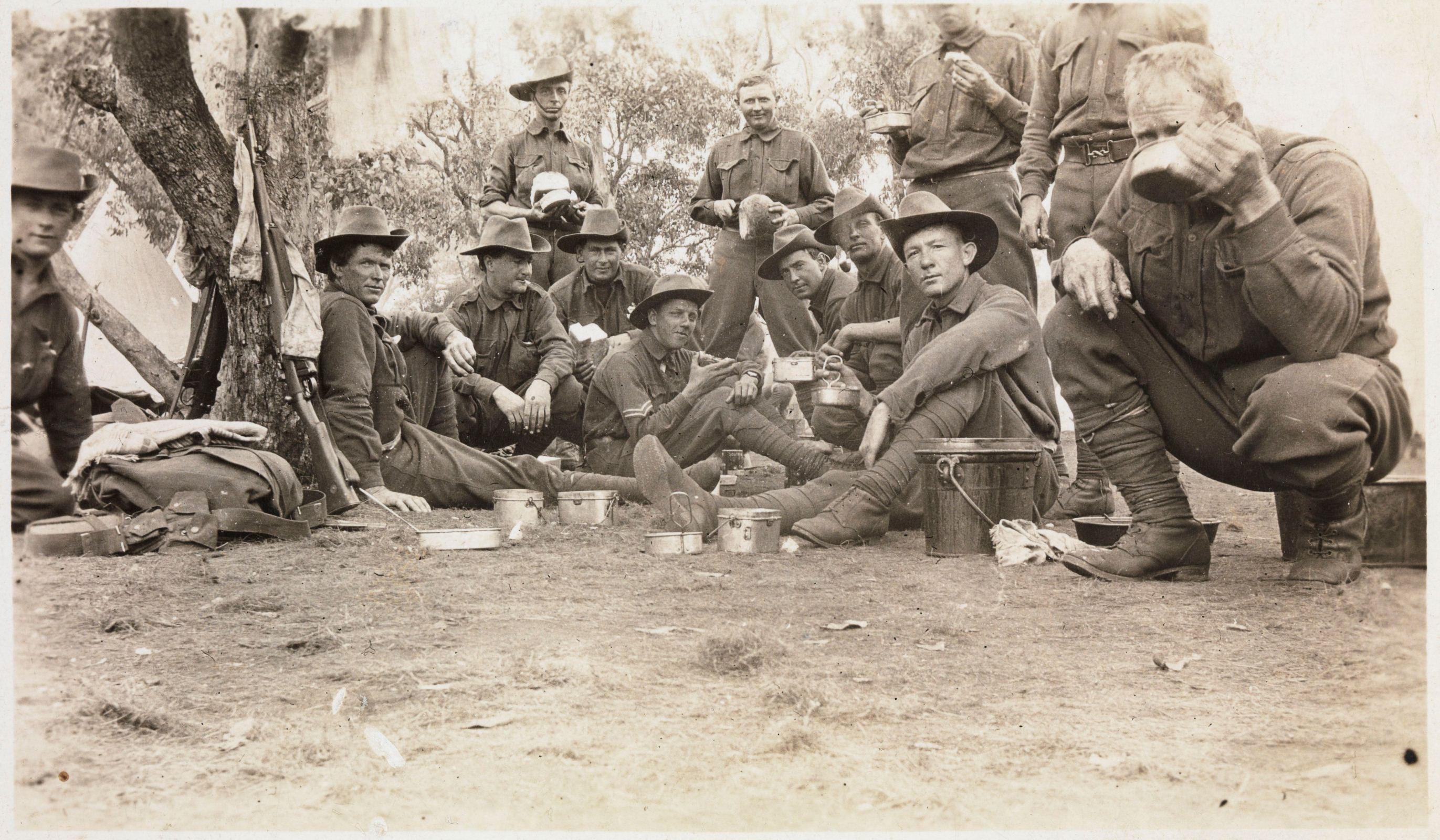 11th Battalion having lunch at Blackboy Hill, near Midland, in 1914. Photo courtesy of the State Library of Western Australia.

One hundred years ago, the bloodiest war experienced came to an end. The Great War took the lives and injured more Australians than any conflict in history. More than 416,000 Australians, including more than 32,000 Western Australians, enlisted to serve our country.

Young soldiers, sailors, airmen, nurses and other service personnel left our shores with a common cause. Sadly, too many did not return home. Their actions left a legacy of courage, mateship and resilience and helped shape our national identity.

Western Australia played a significant role in the Anzac story, with Albany the departure point for the first convoy of soldiers to leave Australia. For many of these brave men, this would be the last time they set foot on Australian soil.
The Centenary of Anzac 2014-2018 has provided Australians with an opportunity to reflect on the sacrifices made to ensure the freedom we all enjoy. As the most significant period of commemoration in our history, a number of events over the past four years have recognised the contribution of these extraordinary people as well acknowledge a century of service by Australians across all conflicts and wars.

As the centenary comes to a close this year, we have committed to honouring the proud Anzac tradition with several initiatives and events, paying tribute to our service people as well as educating and engaging the community and the next generation of young Western Australians.

The year 2018 marked the end of the Anzac Centenary – Australia's most significant period of national commemoration. The actions of the Australian and New Zealand Army Corps (ANZAC) during the First World War left a powerful legacy.

The Centenary of Anzac 2014-2018 recognised not only the original ANZACs but also more than a century of service by Australians who have helped shape our national identity.

The Western Australian Government launched a number of initiatives and events in 2018 to honour our ANZACs and educate and engage students, parents and the wider community in the Anzac Centenary story.

Over the four years to Anzac Day 2018 the WA Government continued to support Anzac Day commemorations through Lotterywest funding to the WA Branch of the Returned and Services League of Australia (RSL WA). In addition, a variety of public events and initiatives across the state commemorated this important period in our nation's history.

Commemorating the end of the First World War brought to a close the Centenary of Anzac (2014-2018) celebrations. This period of commemoration paid special tribute to Australia’s involvement in the Great War.

In addition to commemorative services and events coordinated by the Commonwealth Government, Local Governments, the RSLWA and other community groups, the Western Australian Government launched a number of initiatives and events to honour our ANZACs and educate and engage students, parents and the wider community in the Anzac Centenary story.

Reflections on the Centenary

Premier Mark McGowan spoke with veterans, school students and community members throughout the year, exploring the importance of marking the end of the Centenary of Anzac (2014-2018).

The Premier and Minister for Veterans Issues Peter Tinley hosted a series of receptions for veterans and community members throughout 2018.

The intimate receptions, held in metropolitan and regional locations, acknowledged the contribution that each person has made to the Anzac legacy. Receptions were held in Albany, Geraldton, Collie, Bunbury and Perth. 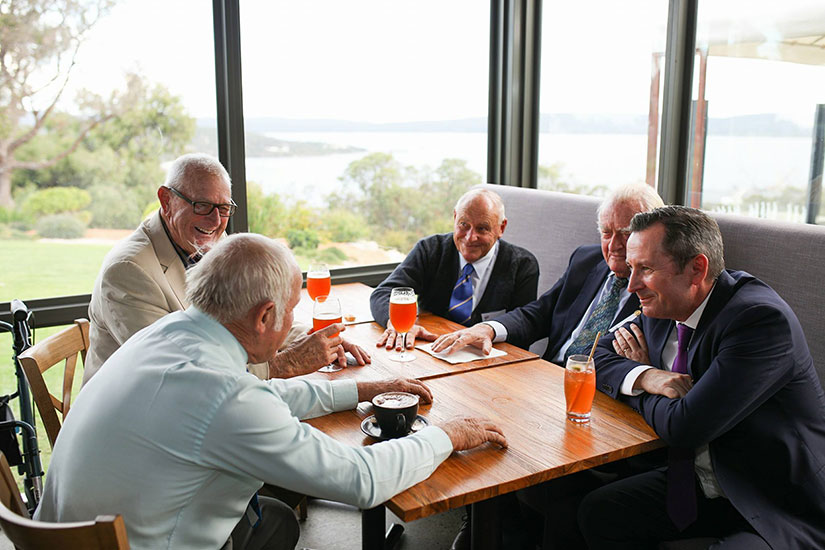 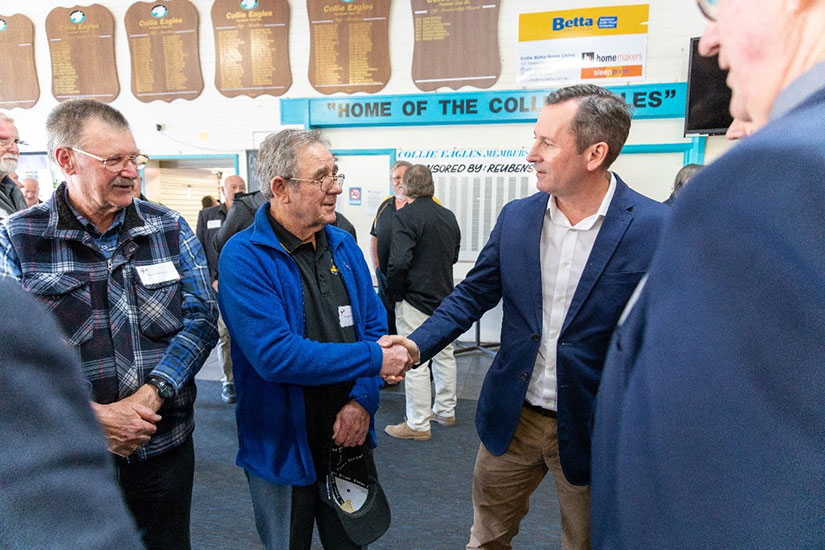 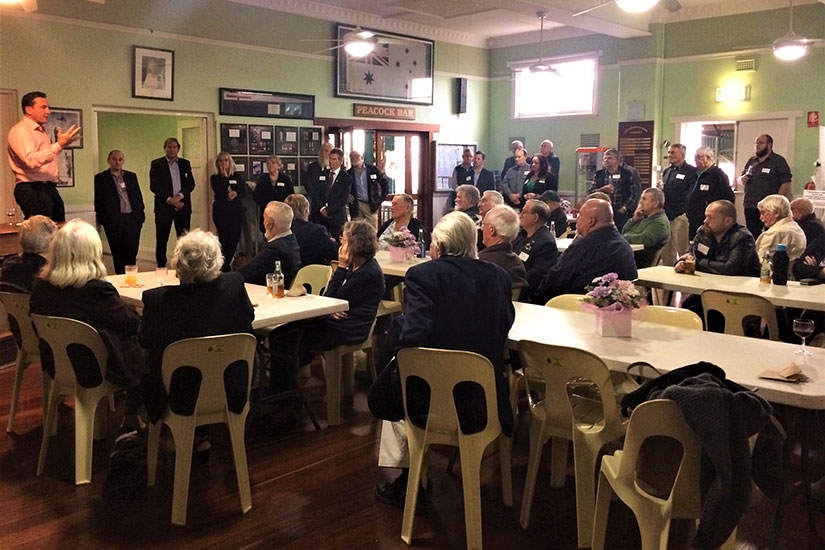 Minister for Veterans Issues Peter Tinley addresses a reception in Geraldton that included veterans from the Geraldton, Northampton, Jurien Bay and Dongara RSL.

Commemoration to mark 100 years since the end of World War I.

Reflections on the Centenary

Premier’s student competition: celebrating the end of the Centenary of Anzac

Field of light: avenue of honour

Light Horsemen pay homage to 100 years of sacrifice and service

Department of the Premier and Cabinet
Page reviewed 19 September 2019