Driving impaired by alcohol or drugs remains one of the biggest contributors to road trauma in Western Australia, with an average of 40 people killed in alcohol related crashes every year.

Alcohol and drugs increases the risk of a crash by affecting your ability to make safe decisions and judgements on the road.

Show more
Alcohol affects your ability to make safe decisions on the road. You could be over the limit and not know it.

If you plan to drink, plan not to drive. You could be over the limit and not know it. It's difficult to try and determine your own blood alcohol concentration (BAC) level. Your BAC is affected by several factors, including:

If you do have a drink, as a guide:

Note: Learner and provisional drivers must have a zero BAC when driving.

How Much is a Standard Drink?

If you are caught driving with a Blood Alcohol Content (BAC) equal to or above 0.05 and less than 0.08, you can pay an infringement to avoid being prosecuted in court. For court penalties, see the tables in the next section.

The following tables show the court penalties for drink driving offences. The penalties in these tables represent drivers who held a full licence at the time of the offence.

In Western Australia, some drivers are subject to a zero Blood Alcohol Content (BAC) when they are behind the wheel. Penalties apply to those drivers who exceed the zero BAC limit.

A zero BAC applies to:

*If a novice driver is disqualified, the licence is cancelled. For all other licence holders, a disqualification will result in a suspension.

An alcohol interlock is a breath testing device which, when installed in a vehicle or motorcycle, prevents it from being operated if a breath sample reads above a certain amount of alcohol.

The WA Alcohol Interlock Scheme aims to reduce the road safety risk posed by drink drivers. It is a mandatory, user pays, performance-based scheme in which alcohol interlock devices provide separation of drinking and driving behaviour.

In WA, interlocks are mandatory for drivers who:

The Department of Transport website provides more information on the Alcohol Interlock Scheme.

Show more
People who take drugs before driving or riding on our roads put themselves, their passengers and other road users at risk of road trauma.

Different drugs have different effects on your driving skills and ability to make good decisions on the road.

Some drugs such as marijuana, slow your reaction time and impair your ability to judge speed and distance.

Other drugs such as amphetamines and cocaine can result in erratic, reckless and aggressive driver behaviour.

Some prescription medications can have side effects that impair your driving skills and can result in drowsiness and slow your reactions.  Talk to your GP or pharmacist about whether your prescription or over the counter medication could affect your ability to drive safely. For more, see our Medicines and Driving Fact Sheet (PDF 125kb).

Taking any drug before driving increases the risk of a crash that results in road trauma.

Police have the power to stop drivers suspected of driving while impaired by any drug. Those found with specified drugs (Cannabis, Ecstasy or Meth) in their oral fluid can be charged with the offence of Driving with Specified Drugs in Oral Fluid.

The more serious offence of Drug Impaired Driving, or Driving under the Influence of Drugs, applies to drivers found to be so impaired by either prescription or illicit drugs that they are not capable of proper control of a vehicle. This applies where police have evidence of suspicious or erratic driving behaviour and where that suspicion is confirmed following a driver assessment and/or blood tests.

WA Police will issue drivers who test positive for specified drugs (Cannabis, Ecstasy or Meth) or refuse a roadside drug test with a prohibition notice which bans them from driving for 24 hours.

Breaching the prohibition notice is an offence. Police may issue an infringement notice with a penalty of $600.

Show more
Tough penalties apply for any driver or rider caught driving with both drugs and an illegal level of alcohol in their system.

Motorists who refuse to provide samples for drug and alcohol testing will be hit with the highest penalty for the relevant substance impaired driving offences (drink driving, drug driving, or drink and drug driving).

This campaign challenges the belief that feeling okay is an inaccurate measure of intoxication and raises the consciousness of the consequences. 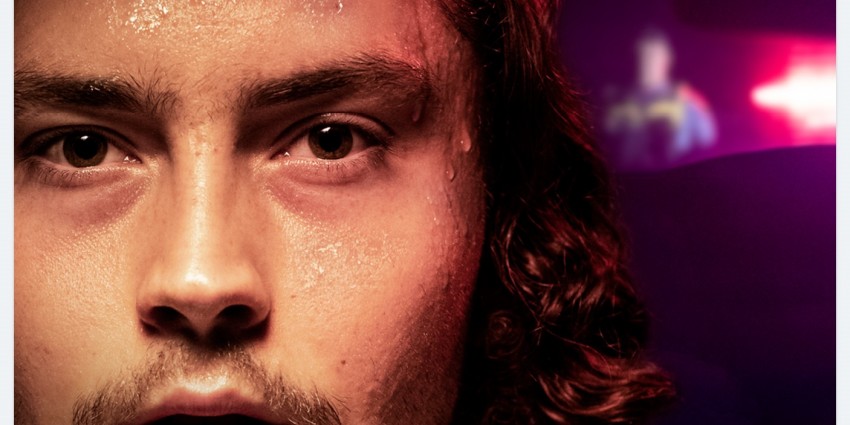 To reduce trauma on our roads, ‘anti-drink driving education’ needs to be constant.