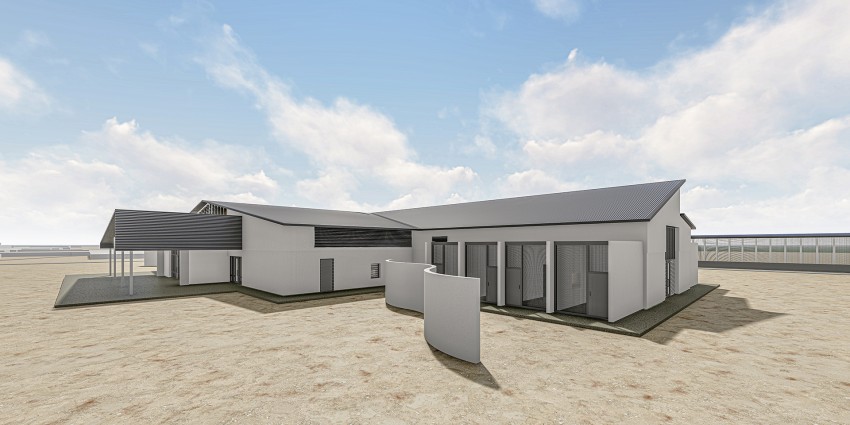 The project is part of the first stage of an expansion that will add 344 beds to the maximum-security men's prison south of Perth.

It is estimated to require a workforce of more than 1250 people over the period of the build contract.

The HSU – designed to house disruptive prisoners - is expected to be completed by mid-2022. The other buildings are scheduled to be finished in 2021 or the first half of 2022.

"The award of this tender at Casuarina Prison continues the WA Government's program of upgrading the State's prisons to make them and the community safer," Department of Justice Director General Adam Tomison said.

"The ongoing expansion at Casuarina in particular have been focused on rehabilitating and reforming prisoners," Mr Tomison said.

The HSU will have 40 cells divided into four wings. It will accommodate prisoners from across the State who have assaulted staff or other prisoners, undermining the good order of a prison.

The standalone structure unit will make it unnecessary for those prisoners to move around or interact with the general prison population. To move out of the unit, prisoners will have to prove that they are no longer a threat to others, including prison staff.

Meals will be served in the cells, and appropriate security will be employed when prisoners move in and out of their cells and around the unit.

All rehabilitation, educational and other programs will be delivered in the HSU and anyone entering, including staff, will be searched.

"The construction of the HSU should send a clear message to prisoners no matter where they are serving time in Western Australia," Acting Commissioner for Corrective Services Mike Reynolds said.

"If they undermine the good order of a prison they will be managed in a secure environment that ensures the security and safety of the rest of the prison estate and the community is maintained," Acting Commissioner Reynolds said.

The second stage of the 344-bed expansion at Casuarina will include construction of a mental health unit and assisted care unit, and upgrades to the prison's Health precinct.

The project follows the recent addition of 512 beds, including a new alcohol and other drug treatment unit opened last year.

Once all the new units are built Casuarina by the end of 2023 will be the biggest and most complex prison in the State with 1,782 beds.