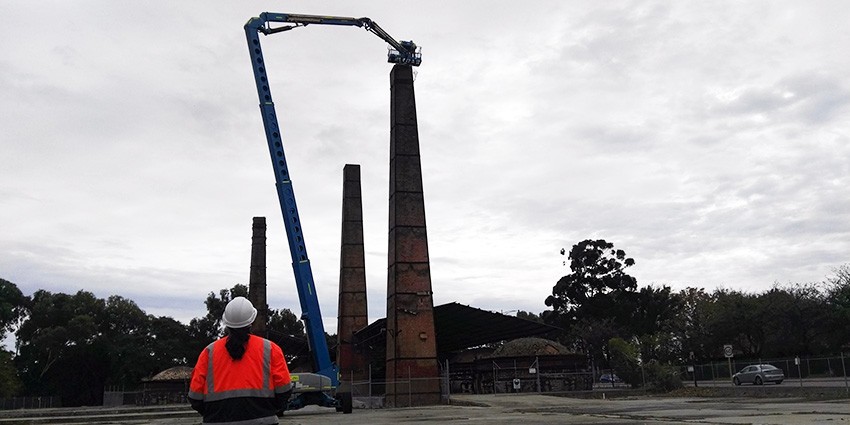 Local Western Australian construction firm Colgan Industries has been awarded the contract to undertake the specialist heritage building works, which will stabilise and conserve the unique kilns and imposing chimney stacks.

Family-owned Colgan Industries specialise in heritage and conservation works, having worked on many heritage buildings over the past 20 years, including Fremantle Prison, Government House and St George's Cathedral.

The former Bristile Kilns site in Ascot is steeped in history and hosts the largest collection of circular 'beehive-style' kilns in Australia. Built between 1929 and 1950, the kilns were used to fire clay tiles and pipes, playing a vital role in Perth's mid-century building boom.

The well-known landmark attracted further attention in 2020, when a six-metre-tall brick statue of the Bristile Kilns' founder, the late H. L. Brisbane, appeared on the site overnight in December.

Works will commence on the site in the coming weeks and are expected to be complete in late 2023.