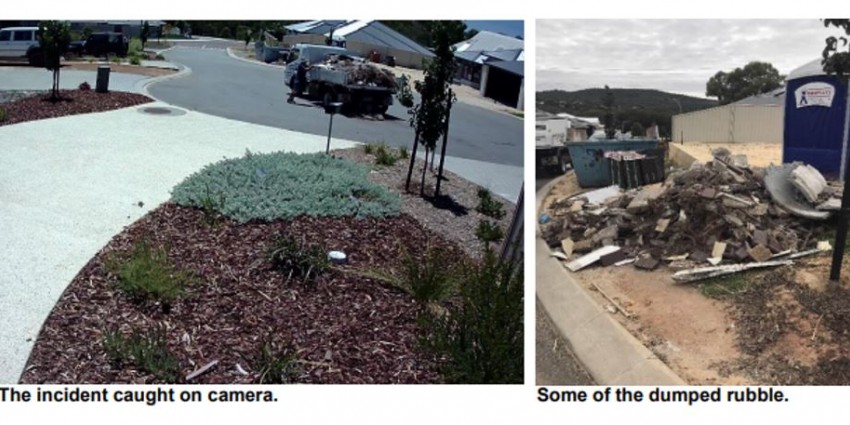 As well as the fine, Magistrate Kevin Tavener ordered the defendant to pay $4,500 in clean-up costs to the Shire of Mundaring and court costs of $328.

“We will take action and prosecute those doing the wrong thing in our community,” he said.

“This offender dumped asbestos right out the front of family homes—something that can be dangerous.”

“This incident made me pretty angry, given asbestos and rubble was dumped right out the front of our family home where we’ve got two children under the age of seven, and all of our neighbours have young kids too,” he said.

“The prevailing winds are so strong in our area, so when you think about how asbestos dust can blow around—it’s pretty scary.

"It’s disappointing these sorts of things occur and investigations are needed but hopefully fines like these will stop other people from doing the same thing down the track.”

The Department conducts around 300 illegal dumping investigations annually across the State.

Illegal dumping can be reported to DWER’s 24-hour Pollution Watch Hotline on 1300 784 782 or by email to pollutionwatch@dwer.wa.gov.au.

Maximum penalties for illegal dumping are $62,500 for individuals and $125,000 for corporations.