The Council provides advice on matters relating to the interests and wellbeing of people of Aboriginal descent.

Aboriginal and Torres Strait Islander people should be aware that this website may contain images, voices or names of deceased persons in photographs, film, audio recordings or printed material.

It provides a unique opportunity to build genuine, respectful and reciprocal relationships between Aboriginal people and the WA Government to achieve better life outcomes for Aboriginal and Torres Strait Islander men, women and children.

In July 2017, the secretariat responsibility was transferred to the Department of the Premier and Cabinet under machinery of government changes.

The AACWA meets up to six times per year to provide advice on a range of policy matters.

For further information, contact the secretariat on the email opposite, or by phone. 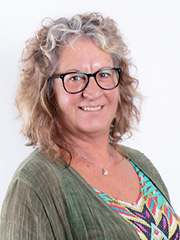 Ms Beck has generations of continued maternal connection to the Bibbulmun nations of the south-west of Australia.

Ms Beck has a solid awareness of the stolen generations challenges due to her grandmothers being removed, and an awareness of the importance of connected families, including the wellness of the family unit and community.  A nurse by trade who then branched out into community development field with and for her people.

Ms Beck attained a BA in Community Management and Adult Education whilst raising her family. Gail is also a passionate volunteer activist opposing the destruction of family connections to each other and country, as well as promoting whole of family health and wellness.  Ms Beck has extensive knowledge of native title having worked in the area for South West Aboriginal Land and Sea Council for over 11 years.

Ms Beck was an ATSIC regional Councillor (Perth Metro Bibra Ward) and a member of the National Section 13 Women’s Committee. She co-developed NAIDOC Perth, where she volunteered for seven years. 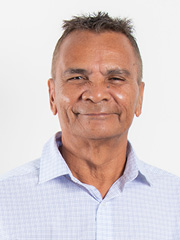 Mr Sibosado is a Bardi Jawi Traditional Owner and PBC member, whose family are Goolargoon Bardi, originating from Djarindjin Lombadina on the Dampier Peninsular, where they still live.

Mr Sibosado has a 20-year involvement in the Kimberly Aboriginal Regional Authority concept, through the KLC, and the many phases of the Kimberley Aboriginal regional authority modelling in that time with the latest model being the Kimberley Futures Empowered Communities. He has extensive knowledge of Native Title and has been a company manager and board member of Nirrumbuk Aboriginal Corporation in Broome for 20 years. Serving as their business development manager, he is tasked with establishing Aboriginal business opportunities and developing young Indigenous business people. 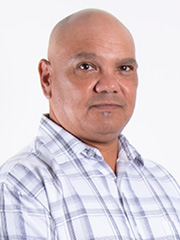 Mr Brown is a Njamal man from the south-east of Port Hedland, and has lived for the past 20 years in Ngarluma Country, in the Karratha district of the West Pilbara. Culture, respect and connection to country are the fundamental essence of his values. Ms Carter moved to Bohemia Downs Station and assisted Traditional Owners to set up their community Kupartiya, before moving to Fitzroy Crossing to work as an Aboriginal liaison officer. Ms Carter lived in Kununurra and worked with the Kununurra Mental Health Service and as a drug and alcohol counsellor with the Warringarri Aboriginal Organisation. She also lived in Warmun and Derby before returning to Kununurra in 2005. 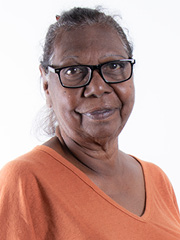 Ms Dridi is a Nyamal woman with family links to the Martu (Western Desert) and Yaburrah/Mardudthunera Coastal Group. She is passionate about empowering Aboriginal people and has a strong commitment to support and advocate for others.

Having worked in both government and non-government organisations, Ms Dridi has a diverse professional background, including work with the Postmaster General’s Office, WA Museum, Australian Medical Association, WA Justice Department, and the Aboriginal Affairs Planning Authority, where she helped to establish the Royal Commission into Aboriginal Deaths in Custody and the Aboriginal Visitor Scheme. Ms Dridi has been employed as a community development/liaison officer at Nyamal People’s Trust in Port Hedland since 2016. Here, Ms Dridi provides support to Nyamal people by being engaged in both corporate and community decision-making, and helping to ensure members can access services related to health, education, aged-care, youth and women's issues. Key to this role, Ms Dridi must communicate effectively and be culturally aware of how to best advocate on behalf of Nyamal people. 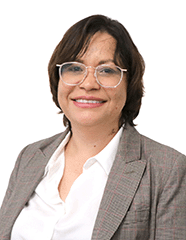 Ms Leslie lives in Kalgoorlie and attained Bachelor of Arts and Bachelor of Laws degrees from the University of Western Australia.

Since graduating Ms Leslie embarked on a career that has led her to become experienced in working with law firms in the energy and resources sector, a career which culminated with her becoming the company owner and Chief Executive Officer of Kai Rho Contracting in December 2013. 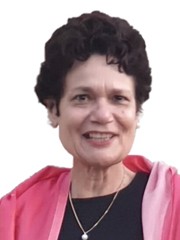 Ms Martin is a Mulgyin Jaru/Kitja and Gooniyandi woman, born and raised in Broome WA, who grew up with her mum and grandparents as role models. Ms Martin’s grandparents were part of the stolen generation and lived in Beagle Bay, where her mum was born before moving to Broome.

Ms Martin has a Diploma in Management and Leadership, a Bachelor of Marketing and the Media as well as a Bachelor of Law. She gained her admittance to the Supreme Court of WA as a barrister and solicitor in 2006. 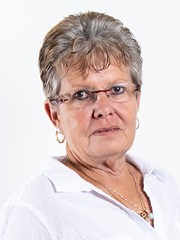 Ms O’Donnell is a Nyikina Mangala Aboriginal woman from Derby, where she grew up. She has significant experience as a strategic leader in

the Aboriginal community controlled health sector, focusing on the delivery and ongoing support of Aboriginal programs at a regional, state and national level. 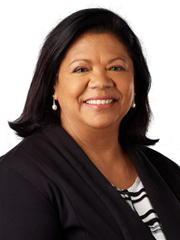 Ms Reynolds-Adamson is an Esperance Nyungar and Mirrning woman who is the current Chairperson of the Esperance Tjaltjraak Native Title Aboriginal Corporation RNTBC (ETNTAC), Chairperson of the Goldfields Esperance Development Commission and has been appointed to the South-West Marine Park Advisory Committee. 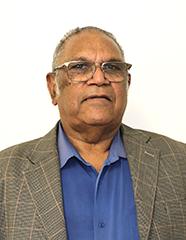 Mr Preston Thomas, known to some as Mr T. is the Chair of Kanpa Community, which is relatively close to Warburton and his home for over 30 years. Before coming to the Ngaanyatjarra Lands, Mr Thomas spent 10 years with the WA Police Force as an Aboriginal Police Liaison Officer.

Working with many organisations representing Aboriginal people is how Mr Thomas seeks to help with the issues that affect many Aboriginal people. He is committed to increasing the development of Aboriginal Western Australians.

Mr Tucker was born in Kalgoorlie and is a Wongatha man from Northern Eastern Goldfields. Starting out his career as a multi-combination road train operator and qualified plant operator Mr Tucker currently works as the Facilities Manager at Carey Mining, the largest wholly-First Nations owned company in Australia.

Mr Tucker is the chairperson of Bega Garnbirringu Health Service. Appointed in 2007, Mr Tucker has overseen that service’s growth and success over the last fourteen years.

Complementing this service, Mr Tucker is also the Secretary of the Aboriginal Health Council of Western Australia and a decades long member of the Goldfields Land and Sea Council Executive Board. Mr Tucker serves as the Director of the Barra Parrapi and Mirning Aboriginal Corporations and was recently appointed to the executive board of the Aboriginal Lands Trust.

Back to Aboriginal Engagement Directorate