Media release
A 21-year-old Mount Richon man has been fined $5000 in Armadale Magistrate’s Court, after a vehicle filled with rubbish was dumped in Martin bushland. 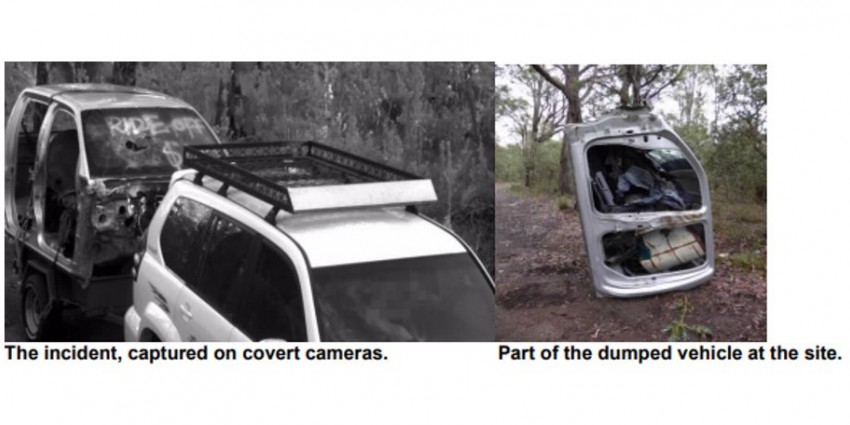 The Department of Water and Environmental Regulation (DWER) launched an investigation after its covert cameras captured the stripped-out four-wheel-drive cab being abandoned off Canning Mills Road on 2 August last year.

Brandon Abson and a friend dumped the vehicle cab at the site using a white Toyota Prado and trailer.

DWER Senior Manager Waste Operations Matt Warnock said the Department installed the covert surveillance at the site, as it is an illegal dumping ‘hotspot’.

“It didn’t take long for us to identify Mr Abson’s vehicle and track him down.

“Our message is clear - if you dump waste illegally, we will do everything we can to catch you and prosecute.”

In partnership with local government, including the City of Gosnells for this case, the Department conducts around 220 illegal dumping investigations annually and monitors covert surveillance across the State.

Illegal dumping can be reported to DWER’s Pollution Watch Hotline on 1300 784 782 or to pollutionwatch@dwer.wa.gov.au.