Media release
A Dianella man who dumped waste—including a stripped-out, cut-down motor vehicle body—in State forest in Jandabup has been fined $5000 in the Joondalup Magistrates Court. The Department of Water and Environmental Regulation (DWER) launched the prosecution after 47-year-old Colin Jason Butera was caught on covert surveillance cameras. 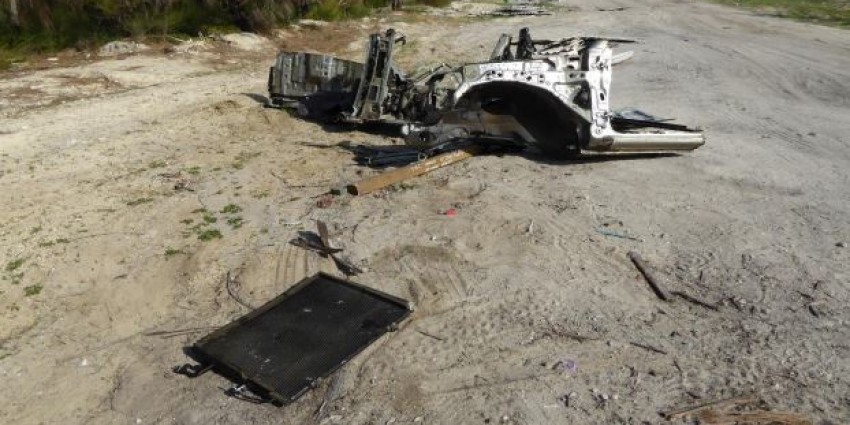 The court heard that on Monday 5 June 2017—on two separate occasions—Butera drove a blue Mazda tip truck to State Forest 65 in Jandabup where he unloaded the waste, including glass, timber and the car body and motor vehicle parts.

Butera entered guilty pleas to the two charges of dumping but did not appear in court.

Magistrate Thomas Hall imposed fines of $2500 for each charge and ordered Butera to pay costs of $433.67.

DWER Senior Manager Waste Operations, Matt Warnock, said these brazen acts showed complete disregard for the environment as well as the community and were inexcusable.

“Dumping a cut up motor vehicle in the middle of a road poses significant risks to other motorists and shifts the cost of cleaning up the mess to tax payers” he said.

The Department conducts more than 200 illegal dumping investigations annually and monitors covert surveillance across the State.

Illegal dumping can be reported to DWER’s 24-hour Pollution Watch Hotline on 1300 784 782 or by email to pollutionwatch@dwer.wa.gov.au.