The Commission is an independent statutory authority established under the Act that assists in keeping the law up-to-date and relevant to the needs of the Western Australian community by making recommendations for the reform of areas of law referred to it by the Attorney General. 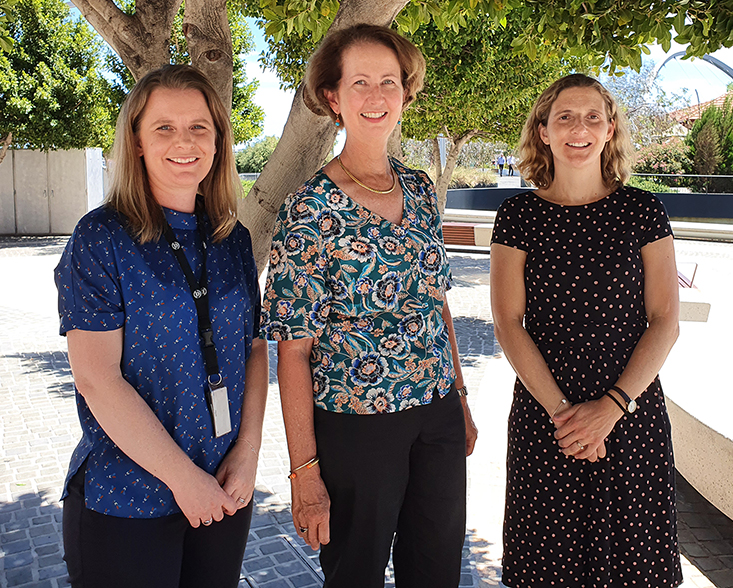 The Law Reform Commission of Western Australia assists in keeping the law up-to-date and relevant to the needs of society. Upon being referred a matter by the Attorney General, the Commission critically examines the law with respect to that matter, and reports to the Attorney General on the results of the examination of that law and makes any recommendations with respect to the reform of that law, that it considers to be desirable.

In examining the law to which the reference relates, the Commission also considers whether the law:

The Attorney General tables the Commission's reports in Parliament as required by the Law Reform Commission Act 1972.

Matters referred by the Attorney General may result from proposals for law reform made by members of the public. In this regard, the Commission welcomes suggestions for law reform projects.

The Law Reform Commission does not offer legal advice or deal with legal complaints of any nature. The Commission cannot intervene in individual cases nor deal with any matters representative of the legal system or the legal profession.

While the Commission encourages students to access materials on this site for research purposes, it is not resourced to assist with assignments.

Brief history of the Commission

In the 1960s the need for permanent attention to issues of law reform was keenly felt throughout the Commonwealth. In the words of Mr Brand, then Premier of Western Australia, ‘[w]e inherited a substantial body of English law in our foundation year, 1829, and many important areas of law are inadequately covered by statute’ [The West Australian, 9 January 1968]. The establishment of the English and Scottish Law Commissions in 1965 was one of the inspirations for a permanent law reform body in Western Australia.

The first official law reform body in Western Australia, the Law Reform Committee, was established by a Cabinet decision of September 1967. After discussions with key stakeholder groups, Arthur Griffith, then Minister for Justice, and the Cabinet decided that the Committee would be constituted by three part-time members: a private practitioner; a representative of the University of Western Australia's Law School; and a representative of the Crown Law Department.

The founding members were Mr Barry Rowland, a senior partner in a legal firm, Dr Eric Edwards, Reader in Law at the University of Western Australia, and Mr Clyde Langoulant, Senior Legal Assistant with the Crown Law Department. The first meeting of the Committee was held on 15 January 1968.

The birth of the Commission

Initially, the Law Reform Committee acted as a part-time body. However, it soon became clear to the members that the Committee required permanent status if it was to effectively perform the role of continuing law reform.

In 1969, Dr Edwards, the academic member of the Committee, embarked on a study visit to the United States, Canada, the United Kingdom and India. He met with officials of a number of permanent law reform bodies in those countries to discuss and observe the daily operations of those institutions. Upon his return to Australia, Dr Edwards’ first-hand observations and experiences were invaluable in aiding the Law Reform Committee to propose the establishment of a permanent law reform body in Western Australia.

Members past and present

Structure of the Commission

In 1997, the Commission radically restructured its operations and reduced its full-time staff to one - the Executive Officer - who has charge of the day-to-day business of the Commission. In October 2004 the Commission also engaged a full-time Executive Assistant. The Commission engaged additional temporary staff to provide research, writing, editing, and administrative services as required. This allowed individuals who would not previously have been able to participate in the process of law reform to bring their unique and special skills to the Commission’s law reform activities.

The Commission currently has one full-time member and two part-time members appointed by the Governor of Western Australia. The Commission may consist of up to five members (two full-time and three part-time). Of the part-time members, one is to be a private legal practitioner with not less than eight years’ experience; one is to be a person engaged in the teaching of law at a university in the State and one must be an officer of the State Solicitor's Office.

The Public Sector Commission publishes a number of information products and resources for those who are, or may be, involved in a disclosure of public interest information in accordance with the Public Interest Disclosure Act 2003 (PID Act).