The Commission consists of four members, three ex-officio members: the Auditor General, the Information Commissioner and the Ombudsman. The fourth Commissioner, appointed by the Governor for a three year term is a person with record keeping experience from outside Government (that is, someone who is not a public service officer under the terms of the Public Sector Management Act 1994).

The Commission's functions are set out in the State Records Act 2000 and include: 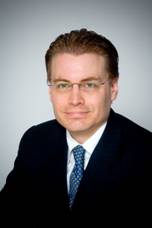 Chris Field is the Western Australian Ombudsman and President of the International Ombudsman Institute (IOI).

Chris is currently Australia’s longest serving ombudsman and concurrently holds the roles of Energy and Water Ombudsman and Chair, State Records Commission. He is also an Adjunct Professor in the School of Law at the University of Western Australia and the inaugural Chair of the Accountability Agencies Collaborative Forum.

On 27 May 2021 he commenced his four-year term as President of the IOI at the 12th quadrennial World Conference and General Assembly of the IOI in Dublin, Ireland.  It is the first time in the 43-year history of the IOI that an Australian has been elected President.

The IOI, established in 1978, is the global organisation for the cooperation of 205 independent Ombudsman institutions from more than 100 countries worldwide. The IOI is organised in six regional chapters - Africa, Asia, Australasian and Pacific, Europe, the Caribbean and Latin America and North America. His appointment also marks the first time that a President has been elected by IOI members. Historically, Presidents were elected by the IOI World Board. A new voting system, applicable for the first time in the 2020 election, provided the opportunity for every IOI member globally to vote for the position of President. Chris received 96% of the vote. He has previously served on the IOI World Board as Second Vice President between 2016 and 2020, Treasurer between 2014 and 2016 and President of the Australasian and Pacific Ombudsman Region between 2012 and 2014.

Chris has a particularly strong theoretical and practising interest in administrative law and teaches the University of Western Australia’s advanced administrative law unit Government Accountability – Law and Practice, a course he founded with Professor Simon Young. Chris is also the author of a range of publications on the ombudsman and administrative law.

His role as Ombudsman, and now IOI President, builds on a foundation of long-term legal practice and work as an economic regulator. He commenced his career as a lawyer at one of Australia’s leading commercial law firms, Arthur Robinson and Hedderwicks (now Allens Linklaters), having been articled to Professor Bob Baxt AO. A strong interest in trade practices and consumer law led him to the position of Executive Director of the Consumer Law Centre Victoria (a non-government consumer advocacy organisation with a legal practice for vulnerable consumers) and Chair of the Australian Consumers’ Association (publisher of Choice magazine). After seven years, he left his position as Executive Director to commence as an inaugural Member of the Economic Regulation Authority, Western Australia’s independent economic regulator of electricity, gas, water and rail.

For most of her career, Catherine has worked as a legal officer in the public sector at both State and Commonwealth agencies including the (formerly named) Crown Solicitors Office, at the Commonwealth and State Offices of the Director of Public Prosecutions and at Legal Aid WA.

Catherine, for several years, taught law and legal practice courses at the Articles Training Program (run by the Legal Practice Board) and at the Universities of Notre Dame and Western Australia.

In addition to her legal work Catherine has held numerous voluntary roles on boards and committees including the Law Society of WA, Notre Dame University, Women Lawyers WA and several sporting organisations and governing bodies.

Catherine has always been active in several sports including Masters division water polo, representing WA on several occasions at national amateur surfing titles throughout Australia and has completed, in a team of four, the Rottnest Channel swim on four occasions.

Catherine has always had a keen interest in archival materials and historical research. 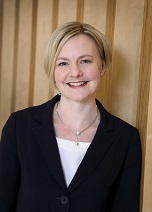 Caroline has extensive experience in state and federal public sector financial and performance audit. Prior to commencing as Auditor General, Caroline was Managing Partner and co-founder of a Canberra-based professional services firm where she led a team of financial and performance audit professionals, specialising in public sector audit and governance. In 2015, Caroline was appointed by the Parliament of Western Australia to lead the first statutory review of the performance of the Office of the Auditor General.

Having worked with public sector entities, audit offices and regulated entities across Australia and the Pacific, Caroline has a passion for promoting accountability and continuous improvement across the public sector and the audit profession – to enhance trust and performance for the benefit of the communities they serve.

Caroline has held a number of predominantly public sector appointments on boards and committees in multiple jurisdictions.

Having also worked for a ‘Big 4’ and a smaller Chartered firm, Caroline has audited publicly listed companies and some of Australia’s largest utilities. She is a Fellow and non-executive Director of CPA Australia, Chartered Accountant and member of the Australian Institute of Company Directors and the Governance Institute of Australia. She has a Bachelor of Business from the University of Technology Sydney. 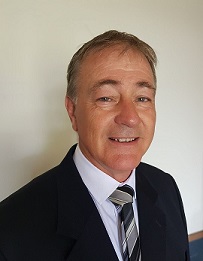 Alan Ralph currently has his own Consultancy Services company specialising in Archive analysis and advice.

Alan was the State Director, National Archives of Australia (NAA) Western Australia (WA) from 2003-2018, leading and managing the performance and delivery of NAA archive and recordkeeping services to the public and government agencies in WA.

Alan has over 34 years’ experience in the National Archives working as a leader and manager of teams in both the NAA WA and Canberra (National) offices, focused on the development and delivery of archive and recordkeeping programs.

This experience also includes managing the performance, improvement and effectiveness of a unique multi-story 5500sqm archival facility in Perth.

Alan has been an active participant in several amateur sports including Australian Rules Football, as a player, official for over 35 years and President of 13 years for a Perth based amateur football club. In 2014 he was awarded Life Membership of the Western Australian Amateur Football League (WAAFL) for his extensive commitments, efforts and involvement in amateur football. Currently based in Sydney, Alan continues his commitment and involvement in AFL. He regularly assists at the Sydney Swans AFL Academy.