Coastal aquifers are a significant source of water for industry, drinking, public open space and a range of other uses. In coastal aquifers, dense salty water from the ocean meets the fresh water flowing out to sea below the surface of the land. This zone naturally occurs and is called the seawater interface.

What we are doing for these investigations

So far we have: 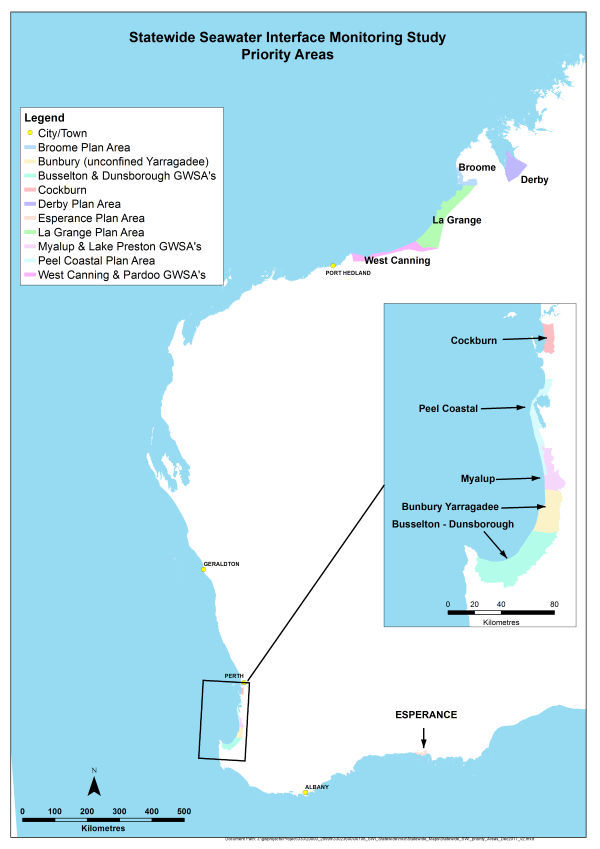 Key findings and how we are using the information

In the Cockburn area we have:

In the Peel Coastal area we have:

In the Esperance area we have:

Findings from these investigations will help us manage seawater intrusion risks as part of allocation planning and licensing in priority areas around the state.

Where to get more details

You can request copies of the internal technical reports for this investigation by emailing groundwater.info@dwer.wa.gov.au.

Reports completed to date include:

You can access data from the monitoring bores installed as part of this investigation at our Water Information Reporting portal.

Read more about our groundwater investigations across Western Australia.