To ensure the smooth operation of a court, it is important everyone visiting or attending the court behaves appropriately and in keeping with court processes.

Western Australian Courts and Tribunals have put in place measures to mitigate the risks to the judiciary, our employees and all Court users during the ongoing COVID-19 pandemic. Court and Tribunal listing practices have changed, restrictions on public gallery capacities are in place and population limits have been placed on courtrooms, hearings, conferences, and mediation.

You may be visiting a court for a variety of reasons, whether it be because you have a case to be heard at court, you are a party to court proceedings, you are a juror, a witness, a victim or an interested member of the community.

Getting ready to go to court

Most courts sit from 10.00 am each day. They often break for lunch between 1.00 pm and 2:15 pm and then close at approximately 4.00 pm. You can check specific court listing times by visiting the eCourts Portal and looking up the matter.

What to wear to court

When you come to Court you should make sure you are dressed conservatively and respectfully. Neat, clean and smart clothing is the most appropriate to wear. No revealing or see-through clothing should be worn.

Sunglasses and hats must be removed before entering a courtroom. You may be asked to leave a courtroom if you refuse to remove these items. 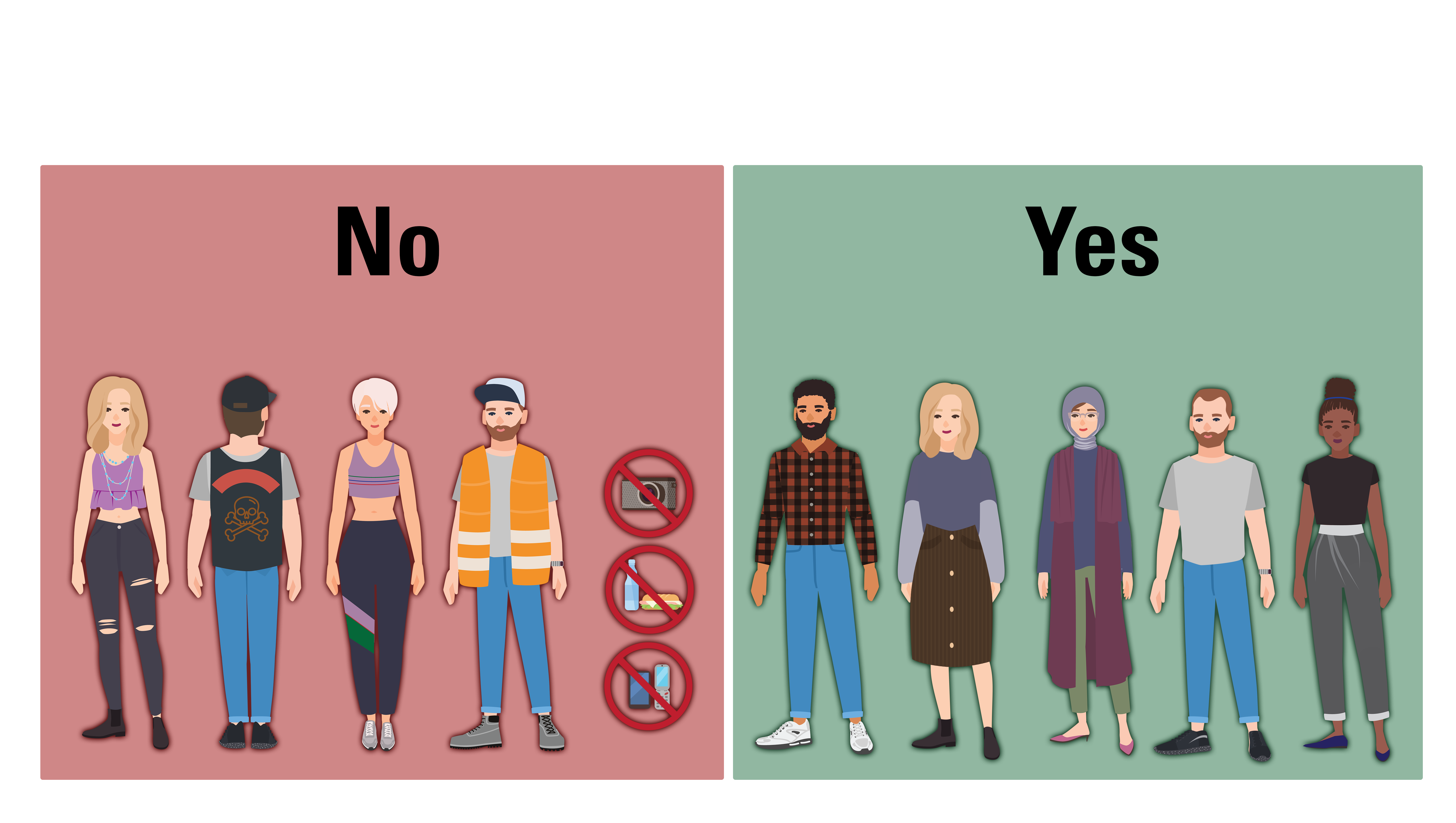 Persons wearing clothing that displays offensive slogans or images will not be permitted entry into the courthouse.  No gang colours/patches/symbols/jackets or other insignia can be worn and you may be refused entry to the courthouse if you wear these items.

Footwear must be worn at all times.

Going to court as a witness

If the accused person is under the age of 18 years at the time of the alleged offence, the matter will be heard in the Children's Court.

Civil matters, depending on the nature of the dispute or amount of money involved, are heard and determined before a judge in the Supreme and District courts or a magistrate in the civil jurisdiction of the Magistrates Court. A party is only entitled to have their matter heard before a jury in a limited number of circumstances.

Remember to take any relevant documents about the case with you to court. If you think you will need an interpreter, please contact the court well before the day of the proceedings.

As you may have to wait a long time before you give your evidence, you may like to take something to read and something to eat or drink. You may ask a friend to come to court with you.

If you need legal advice you should consult a solicitor or Legal Aid as court staff are unable to provide legal advice.

If you are a victim of crime, you can contact the Victim Support Service for advice.

Arrive on time and make your arrival known to a court officer.

You may be allowed to sit in the public gallery of the court and listen to other cases while you are waiting. However, you will probably be asked to leave the court when the case in which you are involved is called.

When you enter or leave the court, you should bow towards the judge or magistrate.

When called to give your evidence, the orderly will guide you to the witness box. Remain standing until you take the oath or affirmation (this is a promise to tell the truth). You can then sit down and the prosecution and defence lawyers will ask you questions.

When all the questioning has been completed, the judge or magistrate will ask you to stand down from the witness box and you can leave the court. You may like to sit in the public gallery at the back of the court and listen to the rest of the case.

Witnesses who may be frightened to face the accused in the court may give their evidence from behind a screen in the courtroom.

In some courts, closed-circuit television systems allow such witnesses to give their evidence from a separate room.

If you do not want to face the accused in court, contact the office listed on your witness summons.

When giving evidence remember to:

If you are called as a witness in a criminal trial, you may be able to claim expenses associated with your attendance in court. Please contact the court office counter for information.

Children can be involved in criminal court cases as victims or witnesses.

For further information on giving evidence as a child witness, refer to the below:

When a criminal offence occurs, or a civil dispute arises, these are the procedures that lead to a court case.

An accused is arrested and taken to a police station where the charge is explained and a formal written charge is made. Alternatively, the accused can be summoned by police to attend court to answer the charge(s). For less serious offences, police can start the action by prosecution notice with a court hearing notice or summons rather than arresting the accused. The accused can be released on bail, which is a promise to attend court on a certain day at a particular time. However, the accused may be kept in custody for more serious offences or if a court decides to not grant bail. The accused will receive a document requiring attendance at court which will also include information about the charge(s). A date will be set for the court case and the accused person will be asked to plead ‘guilty’ or ‘not guilty’. The court case may be adjourned to a later date if the accused needs to get legal advice before pleading. If the accused pleads guilty, the judge or magistrate will deal with the case. If the accused pleads not guilty, a trial date is set and the case proceeds to a trial.

A person may get advice from a lawyer about a legal problem or complaint. The lawyer may send a letter on behalf of the complainant to a third party, demanding that certain actions be taken. If this does not produce a satisfactory response, the complainant or their lawyer will send an official notice, which is commonly known as a writ of summon in the Supreme and District Courts and a claim in the Magistrate Court, to the third party which requires them to answer the claims made against them. If the parties cannot reach an agreement, the court will make a decision.

A person, called the applicant, can start an administrative case by completing and submitting an application form at the relevant tribunal.

Review of court or tribunal decision or sentence

Information on court processes is available on the relevant court, tribunal or board website.

Please allow extra time when attending at a courthouse as the screening line can be busy, particularly prior to the commencement of proceedings.

At some courthouses you may be asked to walk through a portal and x-ray machine.  In other locations, hand held wanding may be in place. At hand held wanding stations security officers will also check the contents of bags and other items. Officers are trained to be respectful and discrete.

Some shoes, belts, jewellery and other clothing items will give a positive indication by the metal detection equipment. If that occurs you may be required to demonstrate where the metal is located in the item being examined, or remove the item and put it through the x-ray.  The security officers will guide you on what is required.

If you are unable to be scanned due to a physical disability or medical implant, tell the security officers and they will assist you.

Prohibited or controlled weapons are not to be brought into the courthouses. These include (but are not limited to) firearms, knives (including credit card type knives), knuckle dusters, pepper spray, batons and bows. If you are found with these items whilst trying to enter a courthouse the items will be seized and handed to WA Police. You could face possible charges preferred by WA Police.