Western Australians need to adapt to a drier and warmer climate, as climate change has significantly reduced rainfall over the past four decades in the south west of our State.

The Western Australian Climate Policy will help reduce the impacts of climate change, but it is critical that we continue to invest in sustainable, climate-resilient water sources and make changes to the way we use our precious water resources.

Since the mid-1970s, annual average rainfall has declined by around 15 per cent and resulted in an average 80 per cent reduction in streamflow runoff. Before 1975, the average streamflow to Perth’s drinking water dams was 420 GL (gigalitres or billion litres). Now, we expect to receive only around 25 GL annually.

The impacts of climate change and increasing groundwater use has shifted our groundwater systems out of balance. Since 1980, groundwater levels across the Gnangara Mound have fallen by up to 10 metres in some areas, representing a 1000 GL loss of aquifer storage – the equivalent of 1000 Optus Stadiums full of water. 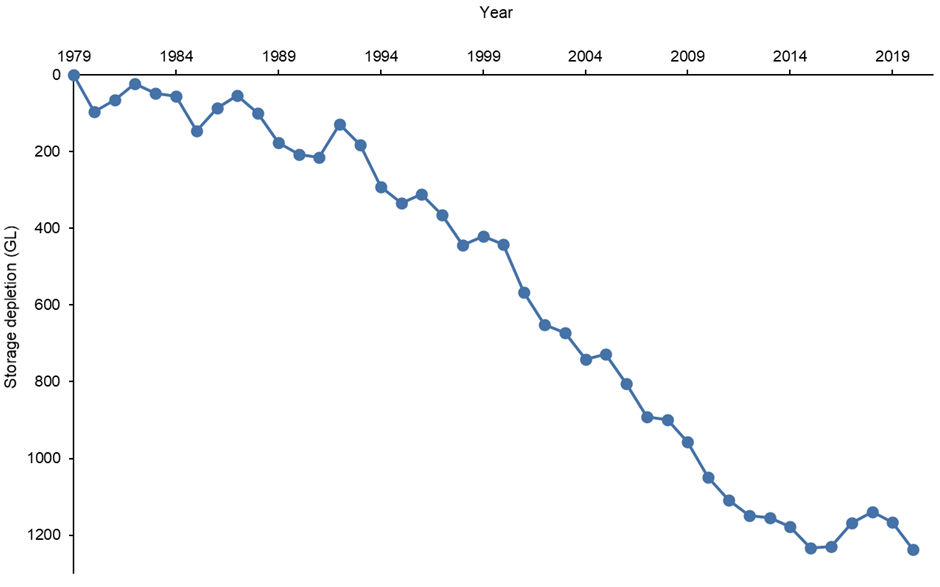 More than 1,000 gigalitres of groundwater storage has been lost from the Superficial aquifer of the Gnangara groundwater system since 1980.

The lowered watertable is evident through the visible drying of wetlands such as Loch McNess and the loss of the unique Yanchep cave ecosystems. Lowered water levels has also led to increased acidity in lakes Mariginiup, Gnangara, Joondalup and Goollelal. Now, over half of the 30 sites used to gauge the health of Gnangara’s groundwater-dependent ecosystems are breaching minimum water levels.

Action is needed to protect our groundwater systems and save our local wetlands.

Water sourced from Perth’s groundwater aquifers make up 70 per cent of all water used across the Perth and Mandurah region. This water is used to supply Perth’s Integrated Water Supply Scheme, for industry and horticulture, for irrigating almost all our recreational green spaces, and for watering our lawns and gardens through domestic garden bores.

Groundwater is vital in supporting the health of our natural environment including the wetlands of Yellagonga and Beeliar Regional Parks; the Nowergup, Gnangara, Jandabup, Mariginiup and Forrestdale lakes, threatened banksia woodlands and the unique Yanchep cave systems. Groundwater also supports our urban wetlands and street trees, making our neighbourhoods more liveable and helping to reduce the urban heat island effect. 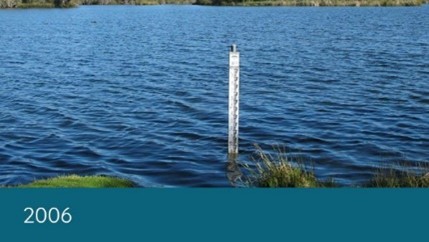 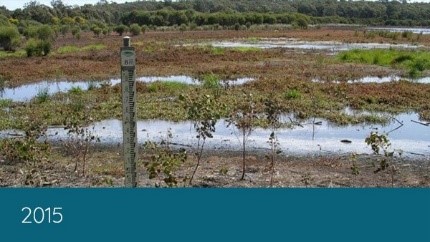 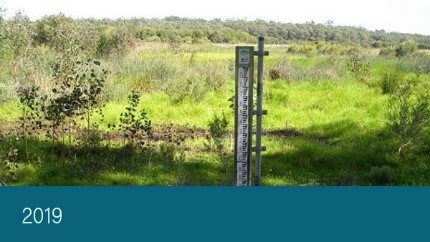 Over the past two decades, State Government has contended with the impacts of climate change on our water resources. With less rainfall filling Perth’s dams since the mid-1970s, groundwater has helped make up the gap in Perth’s drinking water supply. This has provided the time needed to develop climate-independent water sources and now 45 per cent of water supplied to the Integrated Water Supply Scheme comes from desalinated seawater. The groundwater replenishment scheme, which recycles treated wastewater for later use, also contributes to our scheme water supply.

The McGowan Government committed funding in the 2021-22 State Budget to a new seawater desalination plant to provide long-term security for Perth’s drinking water supplies. In addition, the Waterwise Perth Action Plan, released in October 2019, includes a range of measures to transition Perth to being a waterwise city by 2030, including working with groundwater users to increase water use efficiency.

The State Government has released the draft Gnangara groundwater allocation plan for public comment. The plan proposes adjustments to most licensed water users’ entitlements that will better align the amount of groundwater abstracted with rainfall recharge under climate change. To view the draft plan and have your say, click here.

Changes are also proposed to align the domestic garden bore sprinkler roster with the two-day-a-week scheme water roster, commencing 1 September 2022. This will save up to 30 GL of groundwater each year, supporting the rise or stabilisation of the watertable in urban environments for the benefit of street trees and urban wetlands. To view the proposal and have your say, click here

What is the proposed change to the garden bore sprinkler roster for Perth and Mandurah?

Currently domestic garden bores are able to be used to water gardens three days a week in spring, summer and autumn.

As a necessary measure to protect our groundwater resources, it is proposed to reduce the domestic garden bore roster to two days per week, aligning with the two-day-a-week scheme water roster in Perth and Mandurah.

The winter sprinkler switch off will remain in place from 1 June to 31 August each year, and the ban on daytime watering between 9am and 6pm will remain unchanged.

Why are changes to the garden bore sprinkler roster being proposed and what are the benefits?

Declining rainfall due to the impacts of climate change and increasing groundwater use is drying the Gnangara groundwater system and affecting Perth wetlands. We need to act now to protect our wetlands and other precious environments.

Across the Perth and Mandurah area, it is estimated that domestic garden bore users collectively abstract around 90GL per year, the equivalent of 90 Optus Stadiums full of water, or 22 per cent of all water abstracted from our groundwater systems.

Garden bores are not licensed and there is no limit to the volume of water able to be taken. While use has been managed through sprinkler restrictions including a three-day-a-week roster and winter sprinkler ban, domestic garden bores use significantly more water on their gardens in comparison to scheme water users. – about three to four times more.

By reducing the garden bore sprinkler roster to two days per week in Perth and Mandurah, around 30GL of groundwater, the equivalent of 30 Optus Stadiums full of water, can be saved every year. These savings would mean more groundwater is retained in the system and see a rise or stabilisation of the water table, particularly in urban areas.

Improved water levels would have significant benefits to urban street trees and urban bushland which contribute to the liveability of our suburbs and reduce urban heat island effect. Street trees are heavily reliant on the water table being maintained at levels accessible to root systems to prevent tree deaths.

What area will the new garden bore sprinkler roster apply to?

Garden bore sprinkler rosters are regulated under the Water Agencies (Water Use) By-laws 2010. Regulation changes are proposed for ‘Area 3’ which includes the Perth and Mandurah area as per the map below. 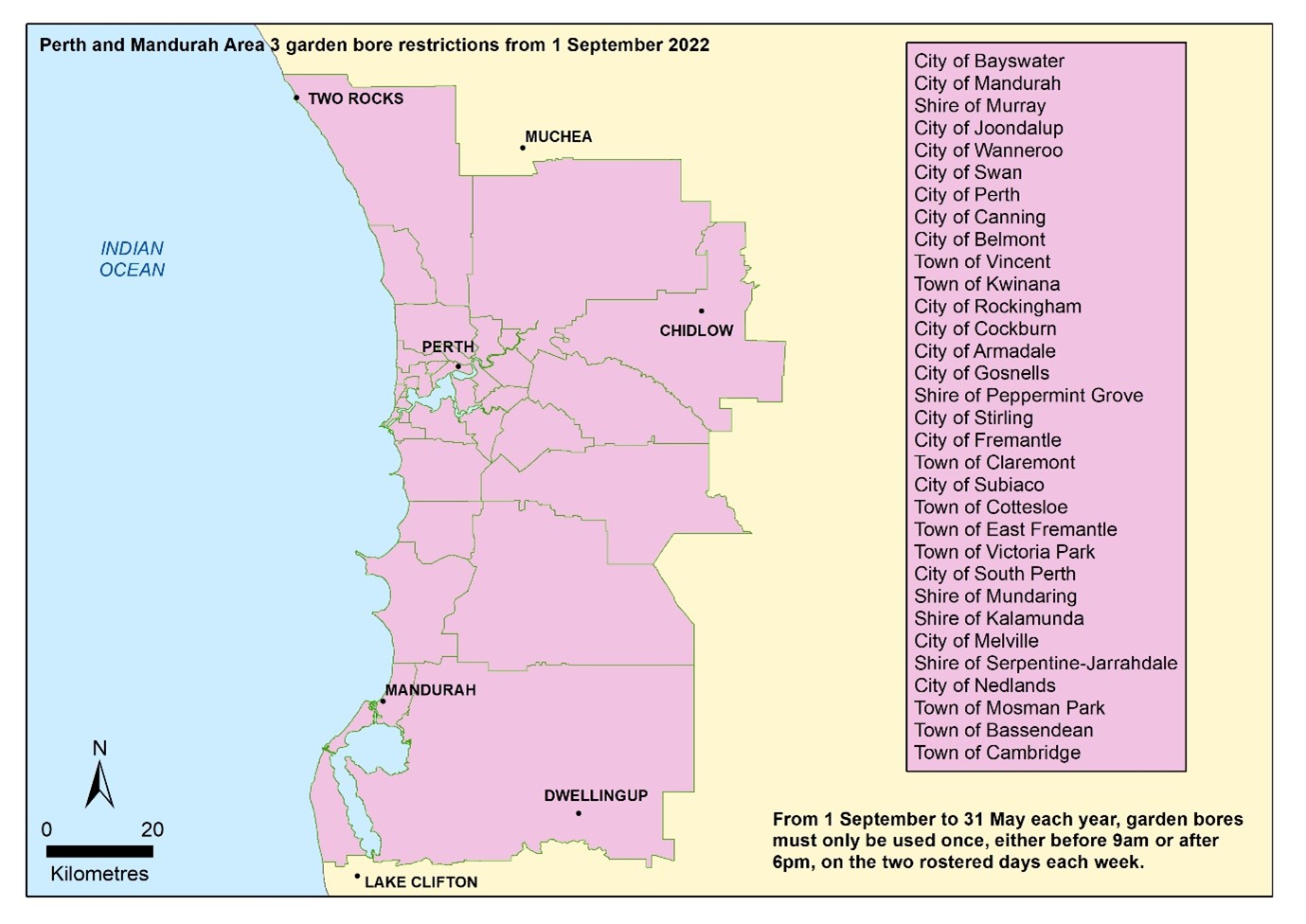 When would the new garden bore sprinkler roster come into effect?

The new roster would commence 1 September 2022. This would provide domestic garden bore users almost a year to adapt their gardens and watering practices to the new roster.

What else is the State Government doing to rebalance our groundwater resources?

Over the past two decades, state governments have contended with the impacts of climate change on our water resources. With less rainfall filling Perth’s dams since the mid-1970’s, groundwater has helped make up the gap in Perth’s drinking water supply. This has provided the time needed to develop climate-independent water sources and now, over 45 per cent of water supplied to the Integrated Water Supply Scheme comes from desalinated seawater. The groundwater replenishment scheme, which recycles treated wastewater for later use, also contributes to our drinking water supply.

But we need to do more. The McGowan Government’s 2021-22 State Budget, included funding for a new seawater desalination plant, which is expected to be operational by the end of the decade -  providing long-term security for Perth’s drinking water supplies. In addition, the Waterwise Perth Action Plan, released in October 2019, includes a range of measures to transition Perth to being a waterwise city by 2030, including working with groundwater users to increase water use efficiency.

The State Government has also released the draft Gnangara groundwater allocation plan for public comment. The plan proposes changes to groundwater allocations for Water Corporation and some commercial and local government water licence holders, that will better align the amount of groundwater abstracted with rainfall recharge under climate change. These adjustments would not come into effect until 2028, allowing water users time to transition their operations through increased water use efficiency or securing additional water through water trading. These measures are needed to protect our groundwater dependent ecosystems and will have particular benefit to wetlands in Yanchep and Neerabup National Parks including Loch McNess, Lake Yonderup and Lake Neerabup; wetlands and Banksia woodland in the Yeal Nature Reserve, Melaleuca Park and Whiteman Park; and urban wetlands such as Perry Lakes.

To have your say on the draft Gnangara groundwater allocation plan, please visit click here.

Will two days watering be enough to maintain a domestic garden and is there any assistance available to help adapt to the new roster?

Households who water gardens using scheme water have already been watering to a two- day-a-week sprinkler roster for over 20 years and are able to successfully maintain good quality healthy gardens. \

With climate change now having a significant impact on our water resources, we all need to be more waterwis. A range of waterwise tips can be found by visiting the waterwise pages on the Water Corporation’s website.

For more information on garden bores, the importance of groundwater and how to be waterwise with your garden and bore, visit the Be Groundwater Wise website.

There will be no changes to how community garden bores can be used. The use of community bores are regulated under the Rights in Water and Irrigation Act 1914 and require a water licence. The water licence includes conditions to manage how much water is able to be taken, and when.

How can I have my say on proposed changes to the sprinkler rosters?

We are interested in your views on changes to garden bore sprinkler rosters and invite you to have your say by clicking here.

What is the Gnangara groundwater system?

Why is a new plan for the Gnangara groundwater system needed?

What are the benefits of the draft plan?

What does the draft plan include?

How was the draft plan developed?

What modelling was done for the plan and how good is it?

How do modelling and management decisions factor in climate change?

What reductions does the plan propose?

When is it proposed for these changes to be introduced?

How will Government help industry and other water users adjust to these reductions?

What does the draft plan mean for the environment?

What does the draft plan mean for public water supply?

What does the draft plan mean for agriculture?

What does the draft plan mean for urban areas, parks and green spaces?

What does the draft plan mean for urban growth areas?

Will there be any water licensees exempt from reductions?